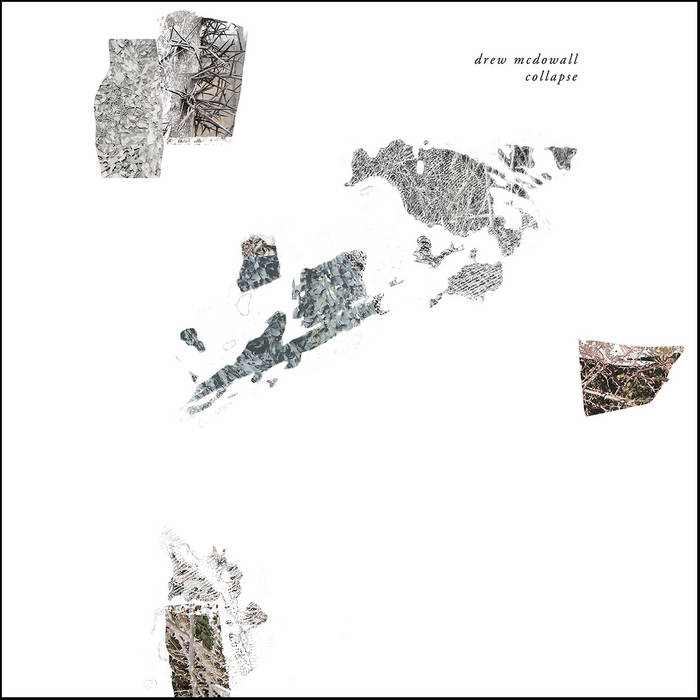 No thanks, good luck

Drew McDowall’s back story reads like a primer of psychedelic fiction woven into statements of the unbelievable, superhuman and outright insane. Somewhere in the chaotic madness, comes an artist such as McDowall with total control and absolute calm within his songs and artistic method.

Growing up in the gangs of 1970’s Scotland, Drew McDowall started to shy away from the daily violence once punk took hold of the counterculture youth. Drew McDowall quickly scrambled to form his own punk band in 1978 with his then wife, Rose McDowall, called The Poems. Shortly lived, the Poems released a single and various tracks but more importantly, the band allowed McDowall to network with other local musicians in Glasgow, such as Orange Juice, and allowed him to travel down to London thus forming friendships with Genesis P-Orridge, David Tibet and countless others, bringing Drew into the fold of the experimental revolution happening in the UK brought upon by Throbbing Gristle and executed by bands such as Psychic TV and Current 93.

During the 1980’s, McDowall found himself in the ranks of P-Orridge’s Psychic TV and collaborating with the mysterious duo comprised of former Throbbing Gristle creator Peter ‘Sleazy’ Christopherson and the enigmatic John Balance who had been creating esoteric and progressive electronic music under the title of Coil. It was during his formative collaborations with Coil that McDowall saw himself shift from occasional contributor to austere full-time member of the arcane outfit. McDowall’s impact on the band’s sound was apparent as the releases transformed from their previous avant pop signature to a more complex and methodic electronic imprint accompanied by even more abstruse subject matter than previous years. McDowall would continue honing his compositional skills with Coil until the release of the band’s two most broad-minded albums, Astral Disaster and Musick to Play in the Dark.

The past decade, Drew McDowall found himself living in New York City and re-appropriating himself within the local music scenes he found himself contributing to. In 2011, alongside his friend and collaborator, Tres Warren (Psychic Ills), McDowall found himself exploring his passion of meditative drone and abstract sound patterns in their project Compound Eye. In recent times, McDowall’s production work has provided the music world with some of the most outstanding remixes for bands such as Nine Inch Nails, Azar Swan and Long Distance Poison as well as his well-received scores he composed alongside artist Tamaryn for the works of Bret Easton Ellis. Outside of his collaborative duties, McDowall formed an audience as a solo artist, playing countless performances and showcases around New York’s electronic music haunts.

Dais Records approached Drew to solidify his standing as a leading electronic musician with the recording of new material neatly wrapped up in his debut album entitled “Collapse”. Recorded in 2015 in Brooklyn, NY, McDowall’s synonymous modular synthesizer compositions are augmented by obtuse sampling cut-ups and contributions from Nicky Mao (Hiro Kone / Effi Briest) rounding out the lumbering sequential knot work that has become synonymous with McDowall and craft.